The International Gastric Linkage Consortium (IGCLC) convened in March of 2019 to update the HDGC clinical management guidelines published in 2015.

The 2020 updated guidelines (published in August, 2020) provide critical information for medical care providers and for those patients and families at risk for HDGC syndrome. These updated clinical practice guidelines provide a better understanding of the nature of the disease and associated risks, facilitate informed decision making, and provide guidance for lifetime management of HDGC families.

The HDGC Clinical Guidelines – Commentary page is a companion resource for patients. Additional explanation, information, comments, and glossary of terms related to the published HDGC clinical guidelines can be found here.

In March of 2019, the University of Otago along with three supporting organizations hosted a three-day meeting to begin the review and revision process of the clinical guidelines for Hereditary Diffuse Gastric Cancer syndrome. The meeting of the International Gastric Cancer Linkage Consortium (IGCLC) was held in the beautiful lake town of Wanaka, New Zealand. Updated guidelines published in 2020.

The 2nd Consensus meeting on Hereditary Gastric Cancer was held at the Radboud University Medical Centre in Nijmegen, The Netherlands in March of 2014. The workshop, led by a group of clinical geneticists, gastroenterologists, surgeons, oncologists, pathologists, molecular biologists, dietician and patients representatives from nine different countries, convened in order to update the management guidelines for this condition last set in 2010 and to propose direction for future research.

The group’s goal while there was to make important updates and changes to the current consensus guidelines for HDGC.

Updates and new areas addressed in the latest guideline include:

In 2015 the updated HDGC guideline was published in the Journal of Medical Genetics along with two supplemental protocols. They are: 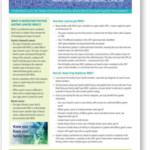 In 1964, gastric cancer was noted in a Maori tribal family in New Zealand, following an autosomal dominant pattern of inheritance. CDH1 gene mutations were first identified in patients from three Maori families in 1998. At this time, the IGCLC was formed (see below) and the name “Hereditary Diffuse Gastric Cancer” was introduced.

The International Collaborative Group on Hereditary Gastric Cancer (ICG-HGC) was founded in April 1999 in Seoul, South Korea, during the 3rd International Gastric Cancer Congress. The ICG-HGC was established to define the clinical criteria for hereditary gastric cancer, to develop strategies for the management of affected families, and to promote international collaborative studies. The inaugural meeting of the ICG-HCG was held in Seoul on August 22, 1999, with 110 participants from six countries. Coincident with the organization of the ICG-HCG, the International Gastric Cancer Linkage Consortium (IGCLC) hosted its first workshop in Cambridge, UK in June 1999. The consensus statements published as an “overview and guideline for management”. Because the aims of these two independent groups were concordant, they have merged under the IGCLC designation.

The 1st Consensus meeting of the IGCLC on Hereditary Gastric Cancer was held at the Cambridge Research Institute, Cambridge UK in 2008 to update the management guidelines originally set in 1999. These updated guidelines were published in 2010. 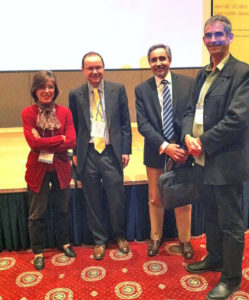