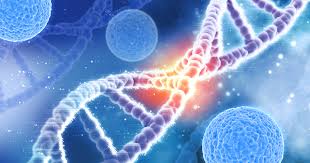 Positive or Negative? It’s not that simple.

Of course there is a distinction between a positive genetic test result and a negative one. Taking it a step further: the separation between true negative and uninformative negative. And what? Total gastrectomy when there is no gastric cancer in my family history? And what about those variants of uncertain significance (VUS)?

What are the possible results of a genetic test for CDH1 variant (mutation)?

These terms will help to better understand genetic test results:
· Pathogenic variant: a variant known to cause or capable of causing cancer.
· Negative: no variant found.
· Benign variant: a variant with no impact on health.
· Variant of Uncertain Significance (VUS): a variation was found, but it is unknown if the change is associated with a greater risk of causing cancer.

In a family where a pathogenic variant in the CDH1 gene has been identified, a negative test result for the known variant is considered to be a “true negative.” This means that this person is not at risk for developing the cancers associated with HDGC due to the CDH1 gene variant found in their family, and cannot pass the familial CDH1 gene variant on to their offspring. This person’s risk for developing these cancers would be the same as that of the general population and other personal risk factors.

In some families with multiple cases of cancer, genetic testing doesn’t reveal any answers. In a family with many cases of cancer where all affected members test negative for a CDH1 variant; a negative test result may be interpreted as an “uninformative negative.” The term “uninformative” means that the test has provided little new information about your cancer risk Some possible interpretations of this result are:

These families are encouraged to remain in contact with their genetic counselors, to update medical history and to be informed of any new genetic tests that may become informative. Family members may wish to consider DNA banking, especially for those family members who have a diagnosis of diffuse gastric cancer and/or lobular breast cancer. DNA banking is inexpensive and easy to do. As research advances in the coming years, the DNA of affected family members will be available for further testing, and may be the key to unlocking the genetic mystery in a family.

Variant of Uncertain Significance (VUS) are also called Variant of Unknown Significance or Unclassified Variant. Genetic testing found a DNA change in the CDH1 gene, but it is not known if the change (variant) is capable of causing disease, thus leading to an increased risk of cancer, or if it is a benign variation that has no impact on gene function. These kinds of uncertain changes are called variants of uncertain significance (VUS). In some cases additional lab testing can be done, and researchers continue to expand the knowledge base about these VUS gene mutations. Find out more about Variants of Uncertain Significance (VUS) including how to seek further analysis of a VUS.

A specialist in cancer genetics is the best person to interpret genetic test results and help determine whether additional genetic studies may be appropriate for a family. The recommended path for care and treatment for patients and families will vary depending upon specific CDH1 test results, family history and other factors.

Understand more about the different HDGC families to see where your family fits, and next steps to take.