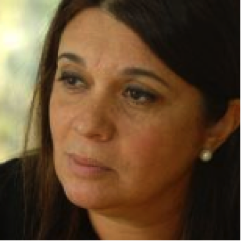 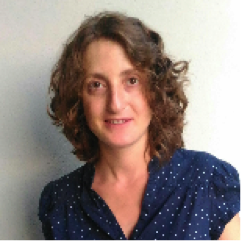 Germline mutations in the CDH1 tumor suppressor gene predispose to a higher risk of hereditary diffuse gastric cancer and lobular breast cancer. In carriers of pathogenic germline CDH1 mutations, prophylactic gastrectomy is recommended. In the particular case of germline missense variants (variants of uncertain significance – VUS), genetic counsellors are not able to predict whether these alterations impact E-cadherin proper function just by the result of a standard genetic test. Given the difficulty of envisage the consequence of this genetic landscape for tumour development, VUS remain a clinical challenge.

In this sense, it is recommended that a complementary set of analysis encompassing familial and population data, cryptic slice-site analysis as well as in silico and in vitro studies should be applied to determine putative variant pathogenicity. In order to improve the classification of sequence variants, Joana Figueiredo at Seruca’s group developed a panel of assays and bioimaging tools, and established a specific pipeline to evaluate the functional consequences of CDH1 germline alterations. Using bioinformatic approaches, image analysis, protein quantification and a series of tests performed in transgenic cells in culture, it is possible to obtain relevant information regarding the functional effects of most CDH1 VUS.

Bioinformatic analyses are performed to evaluate the putative impact of the germline VUS on RNA splicing and also on E-cadherin protein structure. Predictions are based on the conservation of a particular DNA sequence among species, the particular site where the variant occurs, the type of substitutions in terms of aminoacids, as well as on protein structural information. Despite the usefulness and availability of computational analysis to most labs around the world, clinicians and researchers should be aware of their limitations when evaluating VUS.

Several tests performed in transgenic cells cultured in vitro, commonly denominated as in vitro assays, were thus implemented to investigate the effects of variants on protein level, localization within the cell, and function of E-cadherin. E-cadherin is a very important molecule that ensures an organized tissue structure and a correct interaction between epithelial cells, which is called a proficient cell-cell adhesion. Mutations in the CDH1 gene can, however, compromise cell-cell adhesion efficiency, awarding cells with increased ability to invade. Nevertheless, it remains to be determined the mechanisms underlying this invasive behavior and the in vivo effects associated with CDH1 VUS.

To date, a large number of CDH1 germline VUS were found in different clinical settings and reported for functional evaluation at Seruca’s lab (IPATIMUP/i3S, Porto). The vast majority of them demonstrated to affect E-cadherin function in vitro. Information concerning VUS functional effects is sent to genetic counsellors and to international colleagues that work in close collaboration with Seruca´s research group. This work is performed without additional costs for the genetic labs that cooperate with the team and for the patients, independently of the country or the institution that request the test.

If you have received a genetic test result of VUS alteration in the CDH1 gene, please have your genetic counselor contact us for information on how to obtain services for functional evaluation of your gene mutation at Seruca’s lab (IPATIMUP/i3S, Porto)

If you have received a genetic test result of a VUS alteration in the CDH1 gene, please consider joining the PROMPT: Prospective Registry Of MultiPlex Testing registry to advance research and follow the status of your variant.