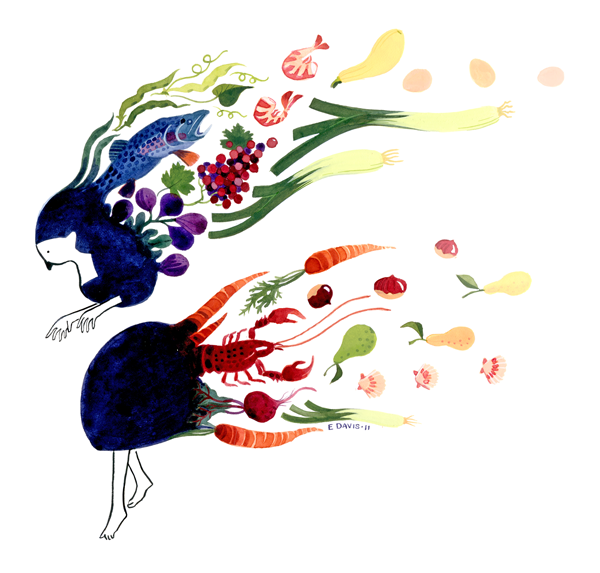 I’m stomachless almost ten years now. I never thought much about my stomach until I had to decide whether or not to keep it. I have to think hard to remember details of those earlier years and the discovery of HDGC and my family’s diagnosis, tests, surgery, and recovery, along side feelings of disbelief, fear, grief, sadness, anger, loss, and realization of what the future may hold for me, for my children, for my grandchildren. It didn’t take long for these feelings to morph into gratitude for the choice I had to have a life free from worry of incurable stomach cancer, and into unstoppable resolve to somehow make a difference in the wide world of HDGC.

Three years or so after the start of this crazy journey of mine I stumbled upon a beautifully written piece by Anna Stoessinger (2011) titled I Won’t Have the Stomach for This where she captures the complexity of the role that food plays in our lives. I highly recommend reading it.

Accompanying the article was Eleanor Davis’ creation “Stomachless” which moved me deeply in so many ways. I had to have it! I tracked Eleanor down, and now Stomachless is displayed prominently beside my desk where I can enjoy her each day, and think of – something. 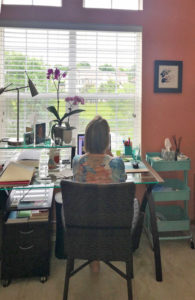 The first thing I noticed was a third shrimp, whited out on the original and not visible in this digital image. Apparently Eleanor decided it was just one too many. Yep, I get it. I’ve had one too many shrimp several times myself. Ugh!

Sometimes I’m reminded of my nephew’s story about non-believers, the ones who insist that his entire stomach could not possibly have been removed. Nope, not possible. Surely he must be mistaken!

Once in awhile I look at it and laugh out loud as I think of my brother and his young son, many years ago. Imagine the visions going through this little guy’s head!

A father settles in at home following a week away to have a total gastrectomy. He asks his 5 year old son, “So, what do you think about all of this?” to which the boy replies, “Well…I was expecting you to look shorter.”

Lately I look at it and see joy and the beauty of life, strength to overcome obstacles and move forward, and hope for big steps forward in research affording an end to Stomachless and a brighter future for generations to come.

What thoughts or feelings does “Stomachless” evoke in you?